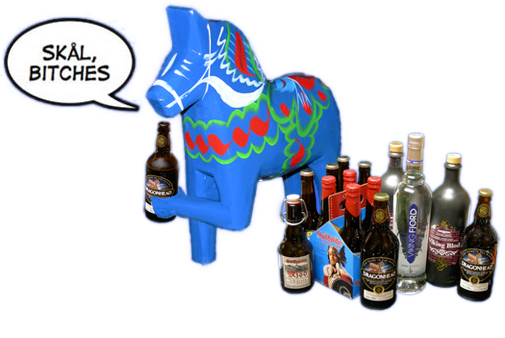 This page is organized according to the name of each meadery.

Dansk Mjød
Danish meadery with an extensive product list including Viking Mead, Viking Blood, and others, as well as a few Viking inspired barley brews (which I didn’t list on that page out of laziness).

Odinsborg — Gamla Upsala Mjöd
Mead brewed by the restaurant and cafe located at Gamla Uppsala, the historical religious center of ancient Sweden (site is only in Swedish).