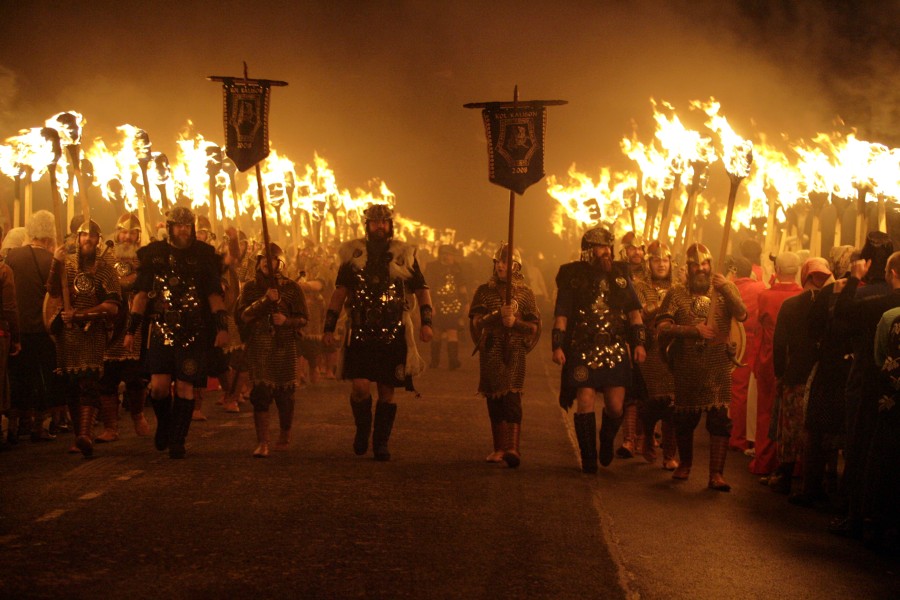 On the last Tuesday of every January, the honorable jarls up in Shetland celebrate the end of the yule season by setting everything on fire. It’s called Up Helly Aa and not only is it a glorious homage to Viking glory, but it’s also the biggest fire festival in Europe.

Unfortunately, I’m not cool enough to have actually been to Up Helly Aa myself, so I pilfered this photo from Millgaet Media instead. I think it’s an awesome photo and I’m jealous of whoever took it.